[35] Alberto Alemanno – You can lobby for change

“Murder of Jan Kuciak is a tragedy but it also prompted an unprecedented awareness in a generation that has taken the European integration for granted. We need to nurture this civic awakening even further.” This is not just a story of Slovakia. People all around Europe embrace a greater responsibility for holding their politicians accountable if trust and respect for human dignity are lost.

Alberto Alemanno and his team at The Good Lobby empower citizens to speak up and inform policy decisions at all levels. Listen to his interview with Lucia Klestincova to hear the story of how he decided to disrupt the traditional advocacy industry, demystify the lobbying process and support citizens with tools needed to embrace their democratic power. He also shares his views on where is the dividing line between the neutrality of a public servant and their right for civic activism; and how to awaken activism among citizens disillusioned with the current state of democracy.

Join the crowd of fans of Lights on Europe to be the first to know about a new episode!

ON A NEW CULTURE OF LEADERSHIP 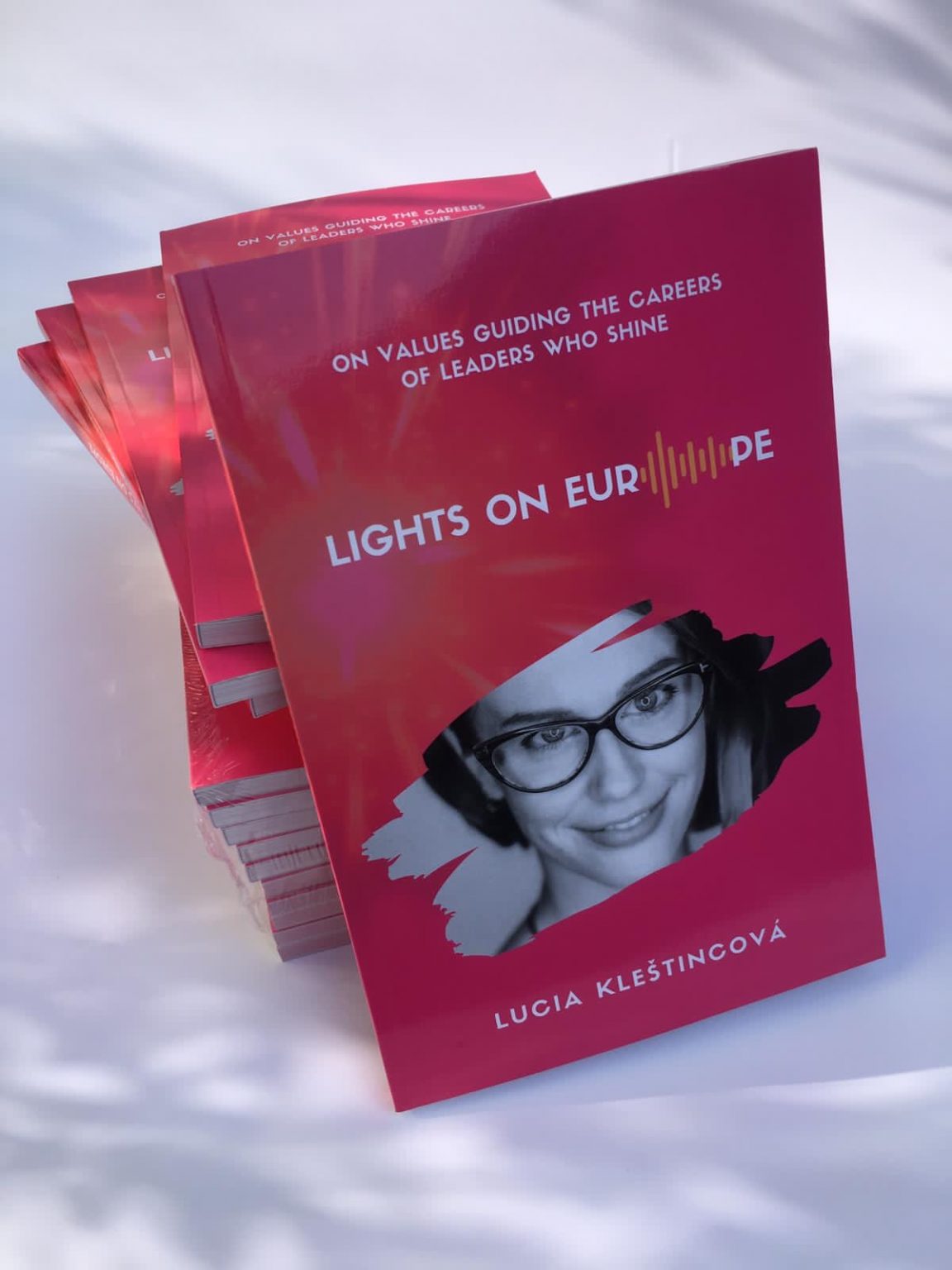 Buy the first ever book
shining light on the values
guiding careers of EU changemakers.

END_OF_DOCUMENT_TOKEN_TO_BE_REPLACED

Your Lights on Europe book only for 2.95 EUR

END_OF_DOCUMENT_TOKEN_TO_BE_REPLACED

My passion is to shine light on others so they can shine even more. I guess that's why two special people in my life call me luciole (firefly in French) and lux (unit of illumination). I'd love to be a catalyst on your self-discovery journey - empowering you to ignite the long-forgotten passions. Here if you feel stuck, burned out or drained by the rat race, ego-tripping or your golden cage.

END_OF_DOCUMENT_TOKEN_TO_BE_REPLACED

"Our deepest fear is that we are powerful beyond measure. As we let our own light shine, we unconsciously give other people permission to do the same."

How I empower others to shine

This website uses cookies to improve your experience while you navigate through the website. Out of these, the cookies that are categorized as necessary are stored on your browser as they are essential for the working of basic functionalities of the website. We also use third-party cookies that help us analyze and understand how you use this website. These cookies will be stored in your browser only with your consent. You also have the option to opt-out of these cookies. But opting out of some of these cookies may affect your browsing experience.
Necessary Always Enabled

Any cookies that may not be particularly necessary for the website to function and is used specifically to collect user personal data via analytics, ads, other embedded contents are termed as non-necessary cookies. It is mandatory to procure user consent prior to running these cookies on your website.